A reader asked me to post more pictures of the sewing table I blogged about last year. Here they are:

The first picture is a topside view of the two hinges that hold the machine to the table. The machine is stowed, so the pieces that attache to the sewing machine are pointing down. 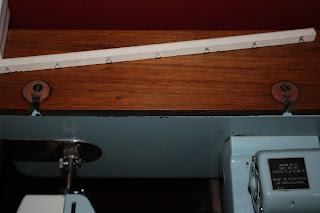 Below is an image of the stowed sewing machine from underneath. It is resting only slightly on the frame of the drawer. The drawer pulls out freely regardless of the position of the sewing machine. 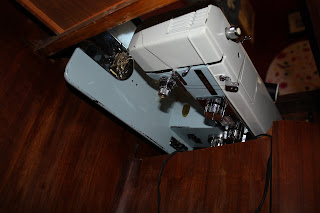 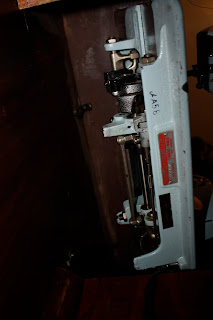 The last two images are from underneath with the sewing machine pivoted out and all the way back, resting against the wall. This enabled me to get a better shot of the hinges from underneath. Those two hinges are all that attach the sewing machine to the cabinet, but they're pretty darn sturdy. My machine has been in the cabinet and used often for about 2 years now. The second picture is the same view, but closer. 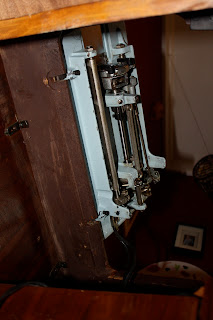 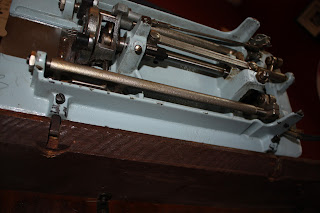 View my complete profile
Beauty of Ashes on Facebook